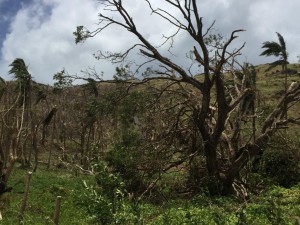 I have received many emails from concerned customers and readers asking me if we were safe when Category 5 Cyclone Winston hit Fiji. I have personally written to thank everyone who wrote but in case I missed someone, your kind thoughts mean a lot to us.

In this post I’ll share how the cyclone affected Fiji and what our team are doing to help.
For those who don’t know, even though the majority of our customers are based in USA, UK, Europe and other parts of the world, we are actually based in the beautiful islands of Fiji.

On 20th February, our islands were hit by the strongest tropical cyclone to make landfall over Fiji on record. In fact, we found out later that it is the second strongest cyclone to have been recorded to had made landfall anywhere in the world.

Cyclone Winston has been classified as a Category 5 storm. Wind gusts of 306 km/h (190 mph) were recorded.

Our company is based in Suva, the capital city. While the cyclone was originally expected to go through Suva, we were spared when the storm changed course.
There was some rain and wind damage but it was small compared to what happened elsewhere in Fiji.

Cyclone Winston inflicted extensive damage on many islands and so far 44 people have been confirmed dead. It is estimated that approximately 40% of Fiji’s population has been significantly affected by the storm. 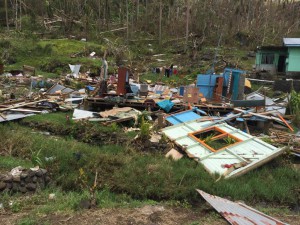 The response from people in Fiji and the International community has been amazing. Many Governments have provided money, supplies and people to assist those in need.

People who were not affected directly in the main centers have also mobilised themselves and done their best to reach people in affected areas with rations and supplies.

I went out with some friends the week after the cyclone to do the same. The following photo is an area that was previously green rain forest. The pictures in this post speak for themselves and show just how ferocious the winds must have been. 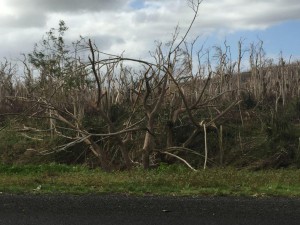 The team at Standss knows how lucky we were. Things could have been much worse for us personally and for our country if the major populated areas such as Suva and Nadi had been hit.

We have set aside a minimum $10,000 to donate to various charities in Fiji who are leading the relief efforts.

50% of this has already been handed over to Save the Children Fiji who have been chosen as one of the lead organizations to assist in getting children back into school as quickly as possible.

We know that will be a difficult task as many schools have been severely damaged. In addition to that many children have lost all their school supplies.

It is essential that children get back to school as soon as possible. The educational benefits are obvious but being back in school also has other benefits. Children get those hours to be in a safe environment… to be with their friends… to be children.

We wish Save the Children Fiji the very best with this important and difficult task.

I want to finish off with a final picture. During our trip to the affected areas we also took a few bags of lollipops to distribute to the kids (I know that it’s not good for them but a small treat after the trauma won’t do any harm). 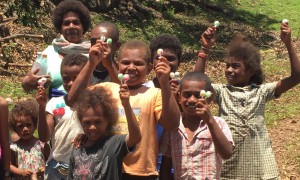 The cyclone may have set us back but it won’t take away the Fijian smiles that our country is famous for.

As we now say in Fiji… We are Stronger Than Winston.

I’d like to finish by saying thank you to all our customers. We are only able to give back to our community because of your support.

Thank you for giving us the ability to help others in this time of need.

5 Replies to “Cyclone Winston’s Effect on Standss and Fiji”

This site uses Akismet to reduce spam. Learn how your comment data is processed.

Get the free eBook